Marcia Cassidy, born and raised in Northern Ireland’s Belfast, is a woman of many talents, who after working as an actress for a number of years in London, her passion for creativity evolved into a desire to encourage people with her words, not just entertain them. She has recently released ‘The 7 Series’ Vlogs, where she gathers day to day women from various races, nationalities and backgrounds as they share from their highs and lows, their success and insecurities and in all of this, their resilient to keep pursuing their dreams despite the challenges that life throws at them, and at times … taking that moment to press ‘Pause’ and acknowledge that its OK not to be OK… So Grab a coffee and be encouraged.

We love your current YouTube Videos, how did you get everybody to be so transparent, it’s so refreshing

I honestly didn’t have anything to do with their transparency…I cannot take any credit for that! I was absolutely blown away over the three days of filming at just how open each of the ladies chose to be. Granted, I had spoken to them individually during pre-production to find out which/if any of the themes resonated with them and why. As they began to chat through some of their experiences, I modelled the type of deep questioning that I was hoping to adopt, to ensure I had their permission to “go there” on the actual day, but that was it. The ladies knew during filming, if ever there was a moment that made them feel uncomfortable or a question they did not want to answer, they just had to let me know. But that never happened and we never had to retake anything – what you see in the episodes is their raw, real, first (& only) take – it was a truly humbling experience for me.

It was other people who encouraged me to move my vlogs from IG onto You Tube. I was initially reticent about setting up a channel as I had (and still have) no desire to be a “YouTuber”. However these friends who work in the creative industries that I have a lot of respect for, simply asked me who my videos were for and as far as I was concerned they were for anyone who needed encouraging. Therefore, they were able to reassure me by putting the videos on YouTube it would open the content to a wider audience…so I did.

How did The 7 Series come about?

Sadly a family friend committed suicide in early 2018, and as a result of that, I found myself becoming hugely passionate about Mental Health. Whether it be, why we believe the lies that we do in our minds or how can we encourage people to talk more openly about what they’re experiencing or what strategies can we employ to rebuild truth in their thinking. All of which has brought me to the here & now and so I am committed in my life, regardless of whatever sphere of influence I am operating in, to have a go at “breaking lies & building truth”

Your videos touch on really key issues such as, identity and self worth, what do you want your viewers to take away from watching them?

Who inspires you and why?

I am hugely inspired by anyone who swims against the tide of adversity or injustice, in order to help others. Especially if that means gathering up all of their own insecurities or the lies that have been spoken over them, in order to step out. I feel like one of the biggest lies that is robbing people today from stepping into their destiny, is the thought that they are insignificant or that their life doesn’t matter. So, anyone who has risen above that and decided to go for it anyway, is an inspiration in my eyes!

What are you working on at the moment?

I am currently editing the episodes for the final themes of the women’s roundtable, “The 7 Series” and have also started piecing together the footage from the men’s roundtable “The 5Series” that was filmed a while back. I have a number of speaking engagements this year that I am preparing for, as well as being a creative consultant for my friends new reality show in LA that is in pre-production. I’m also trying to find time to do some of my own writing, as well as considering some new potential presenting projects…it’s all go, but I love it!

How do you stay grounded?

I have the most amazing support network around me in terms of my family & friends. They’re the best cheerleaders in my good times, they come alongside me in my bad times and they don’t walk away during my ugly times…rather, they come closer, carry me through it and once I’m out the other side they give me a good slap – haaa, just kiddin’

What advice would you give to someone who wants to start Vlogging?

Firstly, I think the most important question to ask yourself is WHY? WHY do you want to do it? Be really honest with yourself, there’s no point convincing yourself it’s for the greater good, if deep down its really about affirmation or acceptance. If you know your “why” then that can help guide you. It will help keep you on the right path, so you don’t get distracted with comparison or comments that you may receive on your channel. Secondly, practice, practice, practice! That way fear cannot have a hold over you, because you have the freedom of not having to post anything you are not comfortable or happy with – So, GO FOR IT!!!

What insecurities have you struggled with and how have you overcome them?

It was the affirmation and acceptance of others that actually held me back for so long. But then I was very fortunate one day to hear someone pose the question, “If you knew you couldn’t fail, what would you do?” – I adapted the phrase based on my insecurities at the time to, “If you weren’t so concerned with what others would think of you, what would you do?” Without a doubt it was one of the most liberating moments of my life so far – and it continues to serve as a great reminder for me, when the residue of old thinking patterns tries to hold me hostage in my mind.

What videos are coming out, after the women’s series?

The hope is to release the men’s roundtable, “The 5 Series” in August 2019 and that will run all the way to Christmas

Tell us your favourite quote?

I have two! “Have Courage and Be Kind” – from the 2015 film version of Cinderella. “Roads? Where we’re going, we don’t need roads!” – Doc Brown in Back to the Future trilogy

What would you say to your younger self? 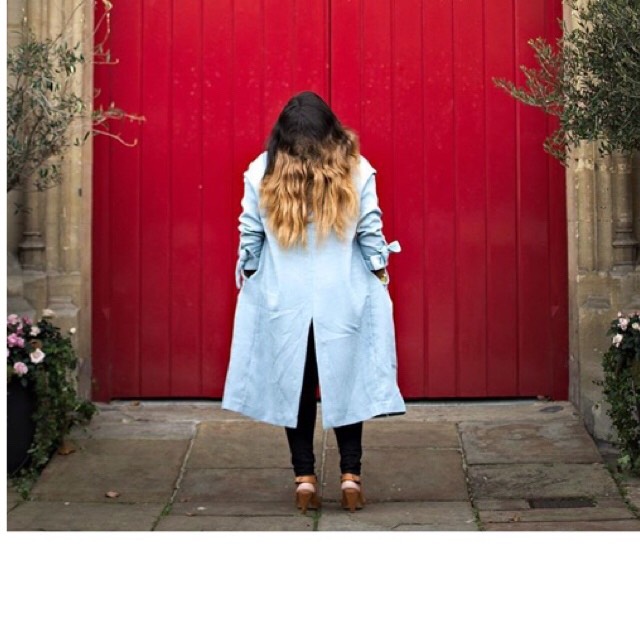 Hi there, It’s been a while since I wrote here, for various reasons, one of them being the birth of my baby girl. Her name is Rayna and she is delightful. There is so much going on in the world right now with the Coronavirus pandemic, known as COVID-19, which has taken the lives of … END_OF_DOCUMENT_TOKEN_TO_BE_REPLACED

She manages projects, is a writer and has produced some of the world’s greatest events in places like the 02 Arena, but at the heart of it all, she is passionate about the healing of humanity and the art of conversation without all that sugar coating stuff. With authenticity, Jess Mally shares her story in … END_OF_DOCUMENT_TOKEN_TO_BE_REPLACED

Toyosi Adeloye, an advocate for mental illness, founded WE Matter UK ™ (WMUK), a non-profit organisation that specialises in mental health, which is an accessible platform for local communities to gather and receive professional advice from mental health experts such as counsellors, life coaches, psychologists and therapists. Toyosi talks to us about her own journey … END_OF_DOCUMENT_TOKEN_TO_BE_REPLACED

Marcia Cassidy, born and raised in Northern Ireland’s Belfast, is a woman of many talents, who after working as an actress for a number of years in London, her passion for creativity evolved into a desire to encourage people with her words, not just entertain them. She has recently released ‘The 7 Series’ Vlogs, where … END_OF_DOCUMENT_TOKEN_TO_BE_REPLACED

I was talking with a friend a few nights ago about the highs and lows of life, and how, in the midst of one or the other, one thing remains consistent: God. For me, 2018 has been a year of growth and healing. Healing from wounds, some recent, and others from many years ago. To … END_OF_DOCUMENT_TOKEN_TO_BE_REPLACED 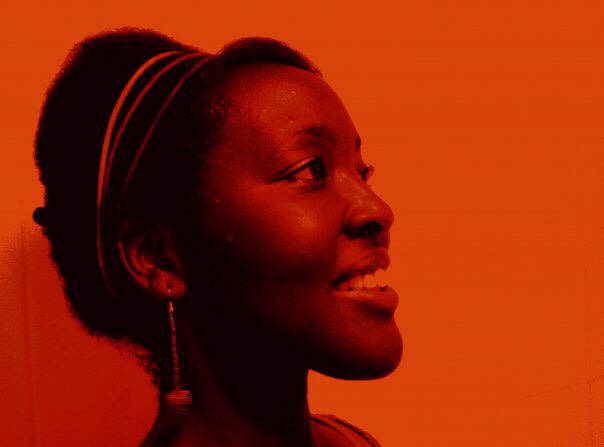 “Hai, and people say dark skinned girls cannot wear lip stick”. I posted a thought (below) about the moment a girl jumped and exclaimed this at me while I was doing a quick late night shop before my summer holidays. It had been a busy Thursday in the office so I literally just loosened my hair … END_OF_DOCUMENT_TOKEN_TO_BE_REPLACED 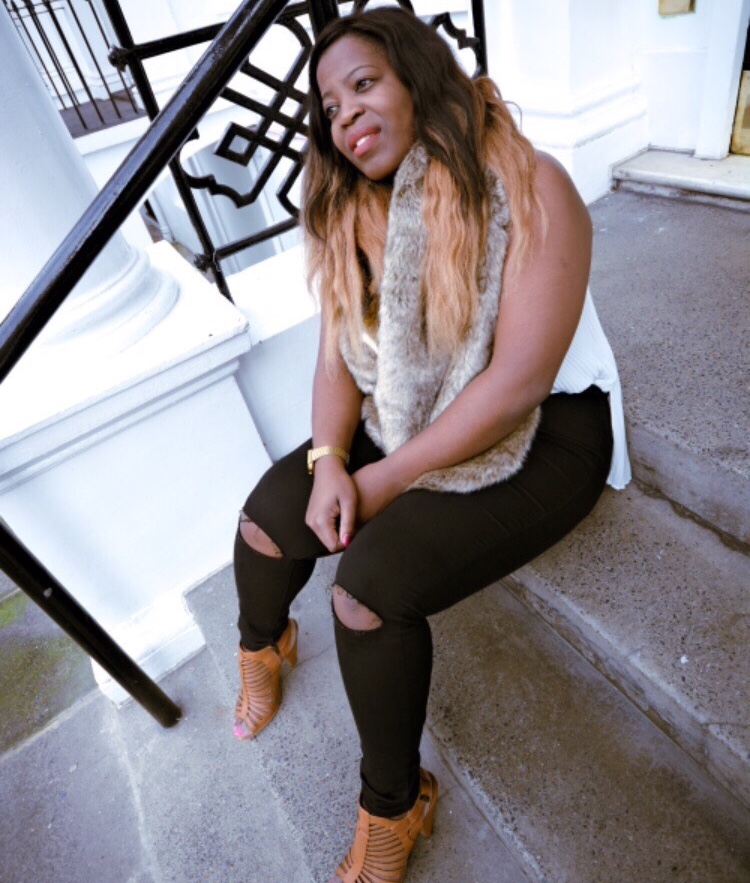 Growing up, I always seemed comfortable being in the background, I was never the girl that would volunteer for anything that involved my being in the spotlight. The thought of stepping out terrified me and so that one decision went on to impact so many other areas of my life, my relationships, my working life … END_OF_DOCUMENT_TOKEN_TO_BE_REPLACED 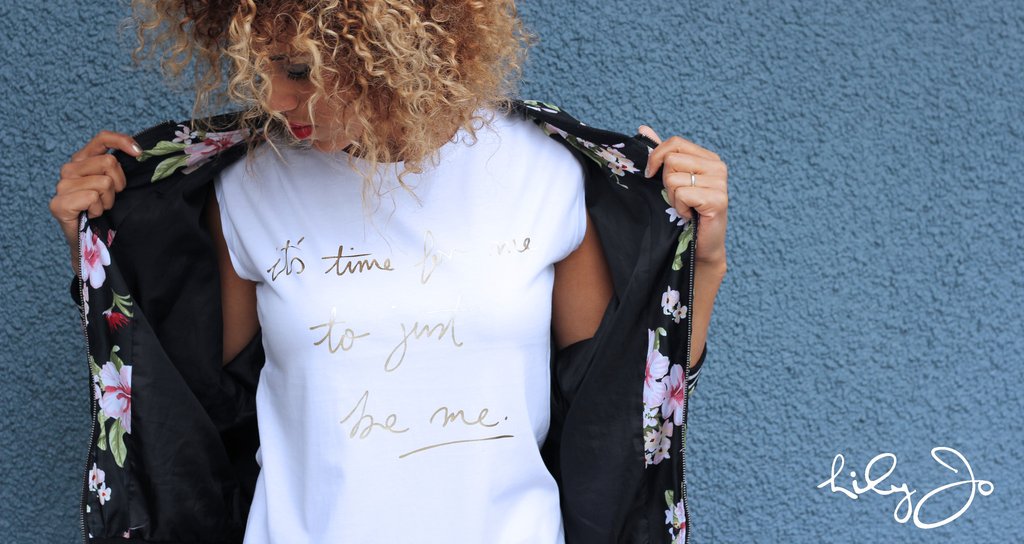 Intentional Music - An Interview with Lily-Jo

Meet singer, songwriter Lily-Jo, who after meeting so many people at gigs and hearing them tell their life stories, was moved to create an online mental health resource designed to help people help themselves. In this high-pressured society, it is estimated that one in three People have times of depression, anxiety, stress, or other issues and The Lily-Jo … END_OF_DOCUMENT_TOKEN_TO_BE_REPLACED 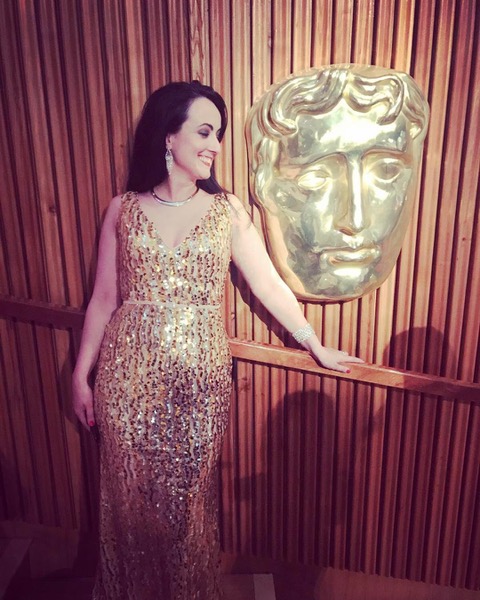 Siobhán Daly is a producer, working across the global Entertainment Industry. She has worked with some of the worlds’ best artists on their music videos, tours, commercials, and West End theatre. Here, she talks about what it’s like working in a competitive industry and staying grounded, the challenges she has faced and how she has … END_OF_DOCUMENT_TOKEN_TO_BE_REPLACED 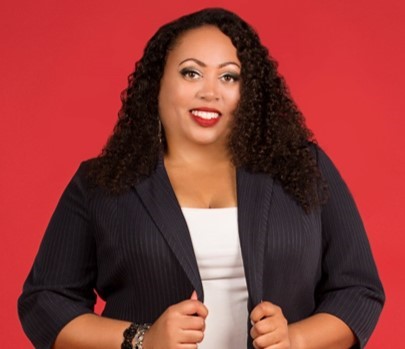 Cheryl Denise Bannerman is a multi-genre author of three successful works of fiction, a motivational speaker, and CEO. She resides in Orlando, Florida, where she runs a virtual Training and Development company, which she founded in 1996. Here she shares her journey, as an author, a mother and a daughter, finding out that her parents … END_OF_DOCUMENT_TOKEN_TO_BE_REPLACED

Find out more or adjust your settings.

This website uses cookies so that we can provide you with the best user experience possible. Cookie information is stored in your browser and performs functions such as recognising you when you return to our website and helping our team to understand which sections of the website you find most interesting and useful.

Strictly Necessary Cookie should be enabled at all times so that we can save your preferences for cookie settings.

If you disable this cookie, we will not be able to save your preferences. This means that every time you visit this website you will need to enable or disable cookies again.